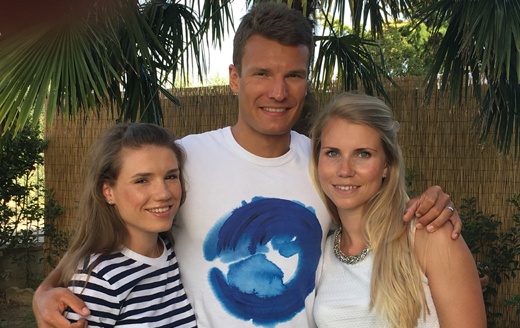 Today I was interviewed on Premier Christian radio in relation to the report out today by the Resolution foundation which recommended a £10,000 payment to all millennials once they reached age 25. Now they weren’t being as irresponsible as to suggest that those born between 1981 and 2000 had a free reign with this windfall. Funds would have to be used to help get them on the property ladder, set up in business or pay for further education.

I commented that I accepted that there is a disparity between the ages when it came to the distribution of wealth but I can’t help feeling that simply pushing the responsibility onto older generations plays into the blame culture which pervades much of our society and rather misses the point that this should be a collective responsibility for all of society.

The fact is that millennials who are earning the same as those born 15 years before them were only half as likely to own their home by age 30 as baby boomers, born between 1946 and 1965, were.

However it is interesting to see what is considered a necessary rather than discretionary spend nowadays, and it is this shift in attitude which has led, in part, to an inability to save.

For fear of sounding like a grumpy old man, I recall that my first pay cheque of £202 was immediately reduced by £50 rent to my Mother followed by the writing of a cheque for £40 to Leeds Building Society which my mother would duly pay in for me each month. The amount of £40 was arrived at not through any great financial plan, but because I enjoyed frustrating my dear mamma by deliberately mis-spelling the word ‘forty’ on the cheque!

However, after five years I was able to make a deposit on a house in Luton although interest rates were so much higher back then that all of my wage went to cover the mortgage leaving us to live off my new wife’s earnings.

The cost of servicing debt is much cheaper nowadays (although I think we all expect to see it rise in future) but the problem seems to be the raising of the deposit.

This is another reason why financial literacy should be taught at school. The art of budgeting and the wonder of compound interest (working both for and against us) is a life lesson that I am glad I was taught.

However, I applaud the Resolution Foundation for thinking outside the box, and  as CBI Director General Carolyn Fairbairn stated ‘ The idea that each generation should have a better life than the previous one is central to the pursuit of economic growth. The fact that it has broken down for young people should therefore concern us all.’