The Art of Money 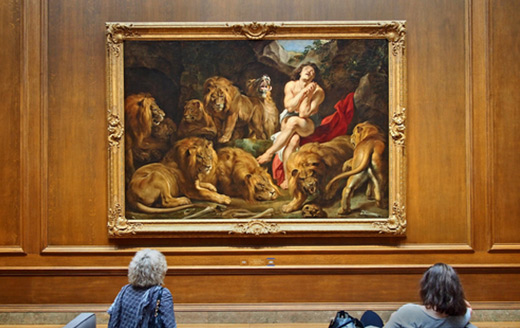 I listened to a fascinating programme on Radio 4 last week entitled ‘The Art of Money’ in which the report looked behind the reason for the boom in the price of collectable art. This has always been the preserve of the wealthy, with most of us having to make do with colour prints in nice frames, and the odd trip to a gallery to spend a few precious minutes studying an old master.

Art remains an investment asset class as much as equities and bonds, although it is unlikely to find its way into most of our portfolios! But it has the same characteristics, including the formation of bubbles. With the sale of Leonardo Da Vinci’s Salvadore Mundi recently selling for a whopping $400,000,000 (no, that’s not a typo) it could be argued that we are in one now.

The new players who have entered the market are Quatar and the UAE. They have just opened a gallery in Abu Dabhi called the Louvre and it has been announced that the above named painting will be displayed there. There’s a bottomless pit of petro-dollars available from this region, and at least the painting will end up on display (albeit in a part of the world I would not rush to visit) but the tragedy of the fine art world is that 80% of collectables end up in storage. Investments held in ‘Freeports’ which are designed for storing and also are tax havens, never see the light of day but will be sold on from one private collector to another.

In fact, a very interesting article by Jan Dalley in the Financial Times alluded to the more shady side of the art world, whereby anonymity and all the abuses this can accommodate are rife. Practices which would not be tolerated in any other market are the norm in the art world.

Dalley quotes Thomas Christ, a board member of the Basel Institute on Governance, a not-for-profit that pits itself against financial corruption, who has described the art market as “an ideal playing ground for money-laundering” on the part of “smugglers, drug traffickers, arms dealers and the like”.

Visiting art galleries will always be one of life’s great pleasures for me. Only recently I had a spare half hour before attending a football match in Manchester, and I scurried off to the excellent Manchester Art Gallery to see William Waterhouse’s ‘Hylus and the Nymphs’ It is tragic to think that so much art, created for the masses are now purely vehicles for speculative profit, hidden from our view.

What struck me whilst listening to this documentary, was the reaction of the audience at the auction of the Da Vinci painting. The level of excitement grew as the bidding got higher. There was a sense of being present as history was being made. What wasn’t so evident was any sense of unease that this was a ridiculous amount of money which may have ended up being spent on a painting which was going to end up in a store room! Happily it will be able to be appreciated by the good folk of Abu Dhabi but I can’t help feeling that Dalley hit the nail on the head when she says ‘Something has gone seriously wrong with a society in which the value of art has become merely monetary.’